On Wednesday 23rd November, Outburst met again. This time we cast faces using plaster bandage. Eight of them which become negative moulds. I spent a few hours on sunday painting the insides with clay slip, then casting them with plaster to make positives. I removed the plaster bandage and washed the faces clean. We now have facsimiles of faces.

Because of the bandages, the tissue eye protecters and the inexactitude of this process, we have ‘veiled’ faces. This suggests an idea of ‘veiling’ for the emerging project. We shall see what the next week brings. 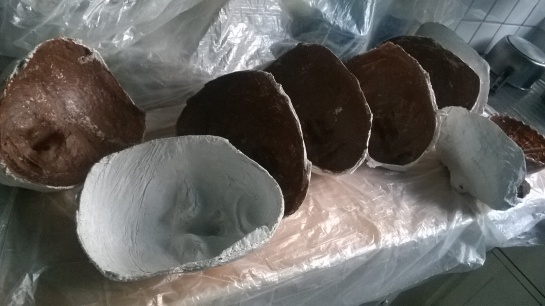 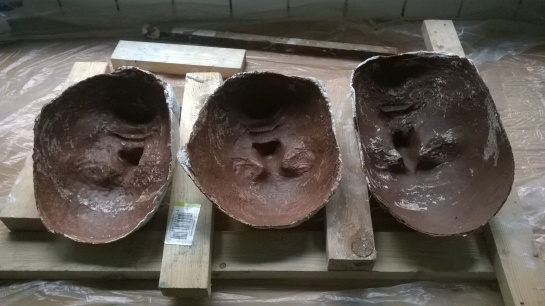 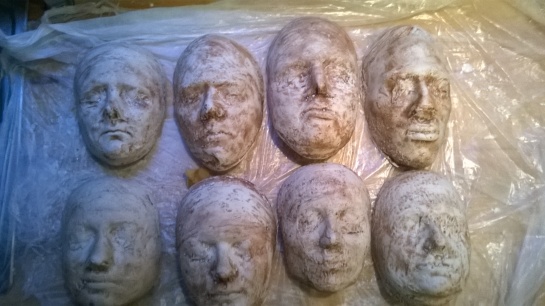